2017 has been the year of travel. I went to Atlanta, Tucson and New Orleans for work and Sarasota, Seattle and Portland for vacation. Most of the photos I took on my trips were of food and stuff outdoors. My phone is basically full of photos of ice cream, donuts, beignets, bagels, lox, pie, mimosas, and obviously challah (except not because of travel). The more I travel the more I learn what I like in a vacation. For instance, I do not enjoy doing anything historical, but I really like food and getting a tan at the pool or beach. I also learned that pie bars are the best type of bars. In Seattle my friend and I really wanted some dessert and found this restaurant that had the word "pie" in it, but turns out they only have pizza pie and not regular pie, which was unfortunate. But we did find this place called Pie Bar. And all they have is pie and drinks. They also have a take out window that is open until 2 am. We had pie all 3 nights that we were there. And you even get you ice cream when you eat the pie there! I think every city should have a pie bar! 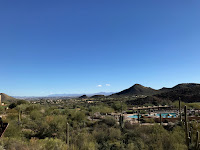 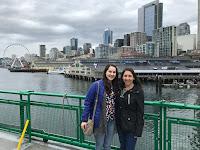 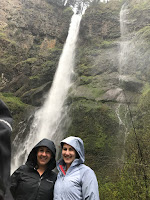 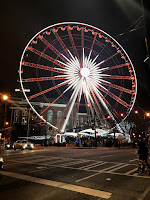 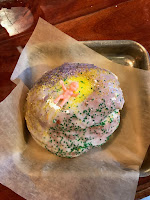 Sometimes I want challah, but I don't want to eat an entire challah. I mean, I would love to eat an entire challah, but I will never find a boyfriend if I got fat from eating an entire challah. Usually I can't make challah for shabbat because it takes like 5 hours to make and I just don't have the time during the week, but I was able to work from home on Friday. My senior probably thought it was weird that I told her I had bad service on our call because I was in the kitchen, but maybe I like working in the kitchen. Anyway, I'm obsessed with the mini challah because I can feel guilt free when I eat half of it right out of the oven and the other half the next morning.

Mix 1/3 cup water, 1 tsp yeast, and 2.5 tbsp honey in a mixing bowl. Place in a warm place. This could be next to a window that gets sunlight, or I like to place it in a warm oven and then turn off the oven. Let stand for about 10-15 minutes or until the mixture starts to foam. 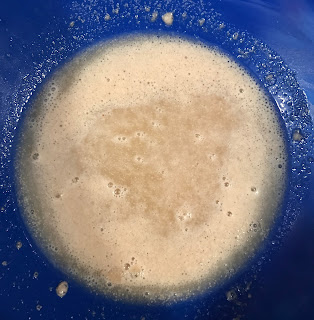 In a separate bowl mix 1 egg and 1/8 cup oil. Add to the yeast mixture after it has foamed. Add salt and flour. Make sure you mix the flour as you are adding it. Continue to add flour until the dough is no longer sticking to your hands. Knead dough into a ball.

Oil the large bowl and then roll the ball of dough in the oil. This prevents the dough from sticking to the bowl as it rises. Place the ball back in the bowl and cover with plastic wrap. Place it in a warm place. Let the bowl sit for about 1-2 hours, or until the dough has doubled in size. 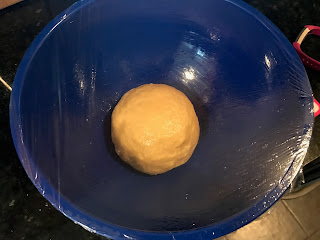 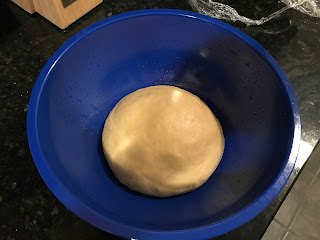 Remove dough from bowl and knead to get out all the air.

Separate the dough and roll out each ball into a strand. I did a 6 strand challah, but you can do whatever shape you want.

After braiding the challah, place on a buttered cookie sheet or pan and cover with plastic wrap and allow the challah to rise for at least 30 minutes in a warm place. This allows the dough to rise again. 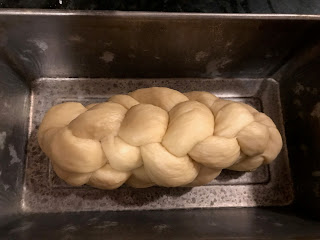 Bake for about 30 minutes at 350 or until internal temperature is around 170. If the top of the challah is getting too dark or hard then place a piece of foil on top of it while the inside continues to cook. 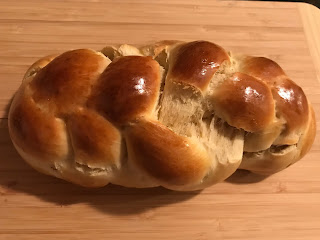 Yum yum, mini challahs are the perfect size!
Posted by the challah siststers at 2:10 PM