The New and Improved Five Strand!!

Now that finals are finally over I decided to make a celebratory challah... also known as the challelujah challah. After a long stressful week of finals and a few break downs (not gonna lie), I decided that the best way to destress would be with some challah. This week I made my favorite challah combination of Nutella and white chocolate chips. To spice it up a little I attempted a new version of the five strand braid. You can tell that our challah making skill have clearly improved over that last three years by looking at the comparison for summer 2012 and 2015! 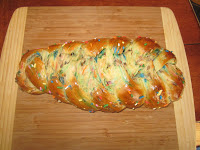 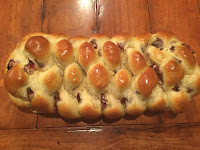 Back in the day when we first started making challah we attempted to make a five strand braid. Recently we figured out a new and MUCH prettier way to make a five strand challah. Here is the new and improved version with a step by step walk through. Hopefully its not too confusing! Think about it as making a regular three strand braid where one strand transfers to the other side. 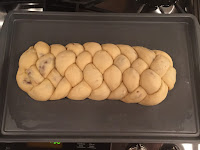 Step 1: Lay all your strand out on the counter and gather them together at the top 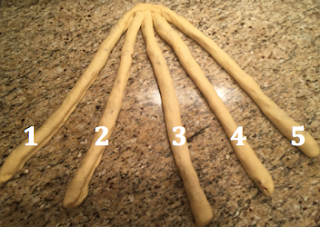 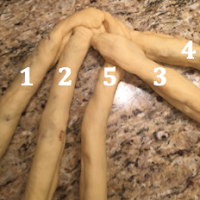 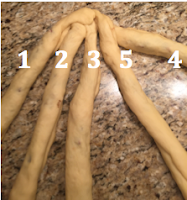 Repeat the same process of braiding a three-strand braid and then switching to the other side.

Continue until there you do not have enough to braid anymore. Gather the strands together and tuck the ends underneath what was already braided.

It took approximately 25 minutes for the challah to be cooked evenly throughout. 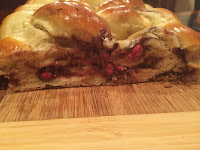 Posted by the challah siststers at 7:55 PM 5 comments: